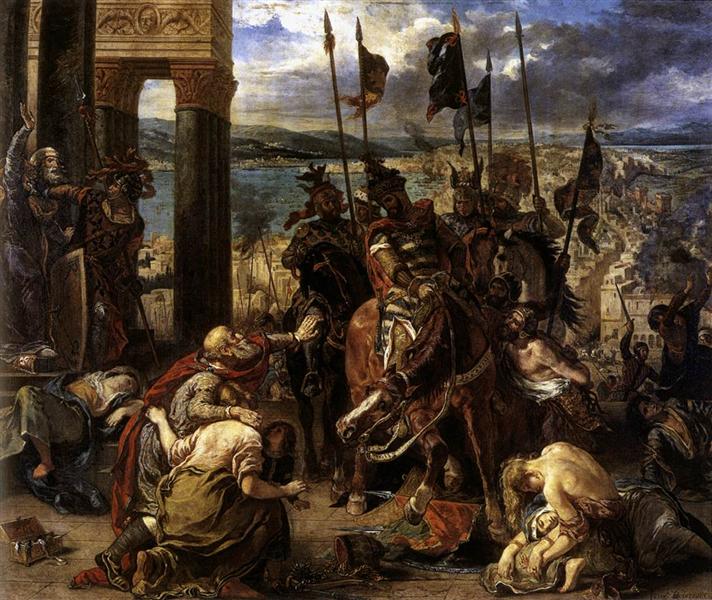 The Entry of the Crusaders in Constantinople (Entrée des Croisés à Constantinople) or The Crusaders Entering Constantinople is a large painting by Eugène Delacroix. It was commissioned by Louis-Philippe in 1838, and completed in 1840. Painted in oil on canvas, it is in the collection of the Musée du Louvre in Paris.

Delacroix's painting depicts a famous episode of the Fourth Crusade (12 April 1204), in which the Crusaders abandoned their plan to invade Muslim Egypt and Jerusalem, and instead sacked the Christian (Eastern Orthodox) city of Constantinople, the capital of the Byzantine Empire. The painting shows Baldwin I of Constantinople at the head of a procession through the streets of the city following the assault; on all sides are the city's inhabitants who beg for mercy.

The painting's luminosity and use of colour owes much to Delacroix's study of the Old Masters, such as Paolo Veronese. The painting was exhibited in the Salon of 1841, where the painterly romanticism of its style was controversial; Le Constitutionnel deplored "the confused and strangled composition, the dull earthy colours and the lack of definite contours", but Baudelaire appreciated the work's "abstraction faite".