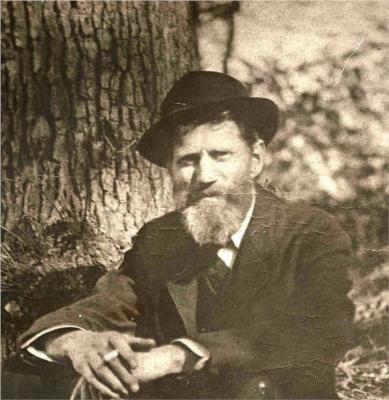 Soren Emil Carlsen (October 19, 1853 – January 2, 1932, New York City, U.S.) was an American Impressionist painter who emigrated to the United States from Denmark. He became known for his still lifes and while by some he has been described as "The American Chardin" he was in fact a far more sensitive aesthetically oriented artist. In an era when many artists succumbed to the pressure resulting from The Armory Show to follow modernistic "developments" Carlsen remained faithful to his inborn aesthetic sense continuing to create at an extremely high qualitative level. It is not a stretch to view him as one of the truly great American artists of the twentieth century. Later in his career Carlsen expanded his range of subjects and becoming known for landscapes and marines as well.

During his long career he won many of the most important honors in American art and was elected to membership in the National Academy of Design. For more than forty years he was also a respected teacher in Chicago, San Francisco and New York.

Emil Carlsen was born and raised in the Danish capital of Copenhagen. He came from an artistic family, his mother painted, and by some accounts, his cousin, who was an influence on him later became the director of the Danish Royal Academy He studied architecture at the Royal Academy in Copenhagen for four years and then emigrated to the United States in 1872, settling in Chicago, United States.

Interested in art, he first worked as an architect's assistant and studied with the Danish marine artist Lauritz Holst. However, Holst returned to Denmark, leaving his studio to Carlsen. He made rapid progress and was appointed the first teacher of drawing and painting at the Chicago Academy of Design, Carlsen sought more training and embarked for Paris in 1875, where he came under the influence of the French still life painter Jean-Baptiste-Siméon Chardin. When he returned to the United States, he set up a studio in New York and began to painted tonalist still lifes that were somewhat reminiscent of those of Chardin. However, selling work was still a struggle. After moving to Boston he had a short period of good sales.

He returned to New York and again struggled to sell his paintings. In 1879 he held an auction to help ease his financial situation but ended up selling only a few paintings. This compelled him to give up his studio and take up engraving with which he found some success despite his frustration at not being able to paint full-time. These often depicted copper pans, game, or flowers. The acceptance of a still life in the exhibition of the Pennsylvania Academy of Fine Arts in 1883 was the first noteworthy event in his career. In 1884 he returned to Europe, painting commissions of floral still lifes for the dealer, Theron J. Blakeslee, to support his studies. Eventually he turned his back on the demand for pretty flowers. In 1885 Carlsen had two works accepted for the Paris Salon.