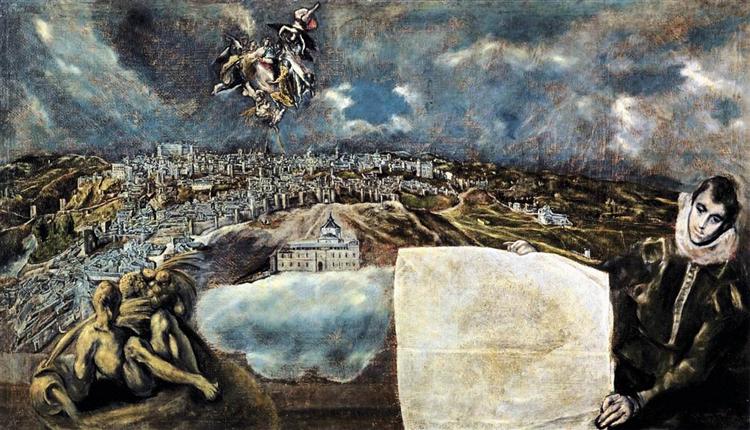 View and plan of Toledo

View and Plan of Toledo is a work of El Greco, made in 1608 during his last period. It is preserved in the Museum of El Greco of Toledo.

This work moves away from the beautiful and stylized descriptions of Toledo; it shows a great meticulousness. This fostered the assumption that it was commissioned by the city council. The enormous detail that was made on the plane caused many scholars to guess that this is a work of Jorge Manuel, son of the painter and expert in architecture.

At the top of the canvas is the Virgin Mary, accompanied by a court of angels carrying the chasuble of San Ildefonso. In this work it could be read as an anticipation of impressionism, and even Paul Cézanne.

The painting was probably commissioned by Pedro de Salazar y Mendoza. It appeared on an inventories of goods of El Greco in 1614, and Jorge Manuel in 1621. It entered the collection of the Museo del Greco in 1910.