{{selectedLanguage.Name}}
Sign In Sign out
Action History
×
Home/ Artists / Realism .../ Edouard Manet/ Fishing boat coming in before the wind (The Kearsarge in Boulogne) 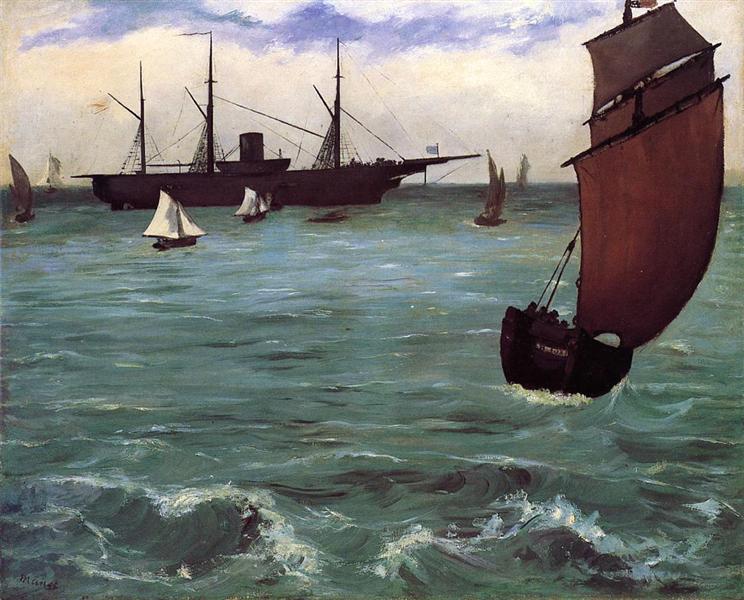 Fishing boat coming in before the wind (The Kearsarge in Boulogne)

The Kearsarge at Boulogne is an oil-on-canvas painting by Édouard Manet completed in 1864. It depicts the Union cruiser USS Kearsarge, victor of the Battle of Cherbourg over the rebel privateer CSS Alabama. The painting is owned by the Metropolitan Museum of Art.

Although he had not witnessed the battle, Manet visited Cherbourg one month after and painted a watercolour portrait of Kearsarge, now exhibited in Dijon. The oil painting was probably based on this watercolour.

Manet later painted an account of the battle itself, The Battle of the Kearsarge and the Alabama.