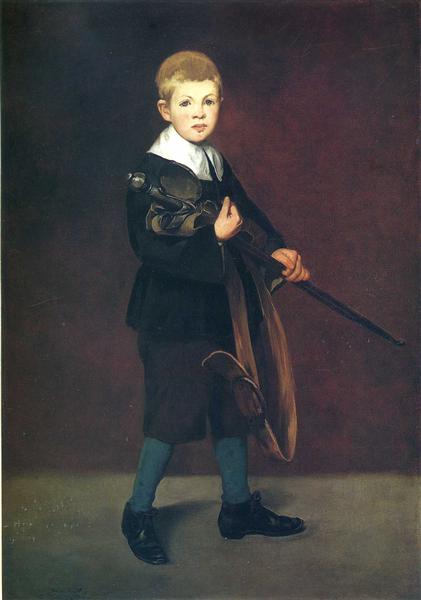 Boy with a sword

Boy Carrying a Sword is an 1861 oil painting by the French artist Édouard Manet and is now displayed at the Metropolitan Museum of Art in New York. The work depicts a small boy costumed as a page of the Spanish court of the seventeenth century; he is holding a full-sized sword and sword belt. The work was later reproduced as an engraving under the direction of Dijon painter and etcher Alphonse Legros who collaborated in the work.

According to Émile Zola, the work is typical of the influence of Spanish painters and shows the strong influence Diego Velázquez and Frans Hals had on Manet at the time.

The artist's model was Leon Leenhoff, the stepson of the artist after his marriage to Suzanne in 1862.