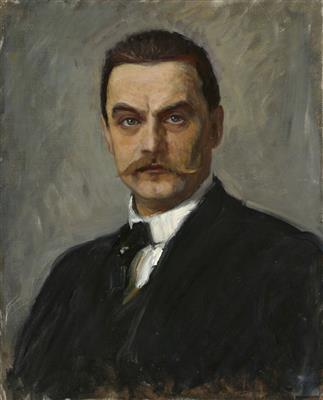 Albert Gustaf Aristides Edelfelt (21 July 1854 – 18 August 1905) was a Finnish painter. He lived in the Grand Duchy of Finland and made Finnish culture visible abroad, before Finland gained full independence.


Edelfelt was born in Porvoo, son of Carl Albert Edelfelt, an architect, and Alexandra Edelfelt, née Brandt. His parents were Swedish-speaking Finns. He began his formal studies of art in 1869 at the Drawing School of the Finnish Art Society and continued as a student of Adolf von Becker (1871–73). He studied history painting at the Antwerp Academy of Art (1873–74) before becoming a pupil of Jean-Léon Gérôme at the École Nationale des Beaux-Arts in Paris (1874–78). In Paris, he shared a studio with the American Julian Alden Weir, who introduced him to John Singer Sargent. Later he studied at Saint Petersburg (1881–82). He married Baroness (friherinnan) Ellan de la Chapelle in 1888, and they had one child. He also had romantic relationships with many other women.


Edelfelt was one of the first Finnish artists to achieve international fame. He enjoyed considerable success in Paris, including a gold medal at the Paris Universal Exposition of 1889. His painted portraits of many famous people, including Louis Pasteur, Aino Ackté, and the Russian imperial family.


In Finland, he was one of the founders of the Realist art movement in Finland.


He influenced several younger Finnish painters and helped fellow Finnish artists such as Akseli Gallen-Kallela and Gunnar Berndtson to make their breakthrough in Paris. Among his students was Léon Bakst. The painting of Louis Pasteur won him the Legion of Honour in 1886 at the exhibition at the Paris Salon.


Edelfelt admired the poet Johan Ludvig Runeberg, who was a friend of the family. The company of Runeberg had a lasting impact on Edelfelt, who from time to time turned to scenes from Finnish history in his paintings. Edelfelt went on to illustrate Runeberg's epic poem The Tales of Ensign Stål.