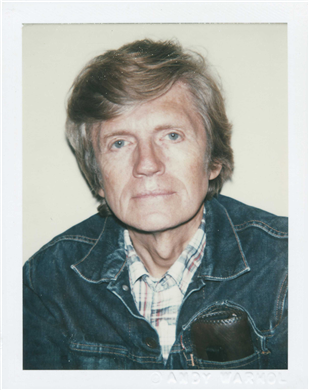 Duane Hanson (January 17, 1925 – January 6, 1996) was an American artist and sculptor born in Minnesota. He spent most of his career in South Florida. He was known for his life sized realistic sculptures of people. He cast the works based on human models in various materials, including polyester resin, fiberglass, Bondo, and bronze. In 2018, two of Hanson's works were exhibited at the Met Breuer in the show "Like Life", which NY Times critic Roberta Smith reviewed, stating "(the show) juxtaposes figurative sculptures throughout time. On view was Hanson's hyper-realistic “Housepainter II” (1984), and “Hermes,” attributed to Polykleitos (A.D. first or second century). Mr. Hanson's sculpture of a black man whitewashing a brown wall underscores the curators’ point that ancient marbles were originally brightly colored — and that the whiteness of Classical art is a fiction that has “colored” the Western view of perfection.


Peter Scheldahl, noted in his March 2018 article for The New Yorker about the show "Like Life", "his (Hanson's) hyperrealistic tableaux, starring a frowsy working-class housewife and a weary housepainter, curiously become ever more affecting as their period looks recede in time."

Hanson's works are in the permanent collections of The Whitney Museum of American Art, The San Francisco Museum of Modern Art, and The Smithsonian.


Duane Elwood Hanson was born January 17, 1925, in Alexandria, Minnesota. After attendance at Luther College and the University of Washington, he graduated from Macalester College in 1946. Following a period where he taught high school art, he received a Master of Fine Arts degree from the Cranbrook Academy of Art in Bloomfield Hills in 1951.


Around 1966 Hanson began making figural casts using fiberglass and vinyl. Works that first brought him notice were of figures grouped in tableaux, some depicting brutal and violent subjects. Hanson's Abortion (1966) was inspired by the horrors of an illicit backroom procedure, and Accident (1967) showed a motorcycle crash. Race Riot (1969–1971) included among its seven figures a white policeman terrorizing an African American man as well as an African American rioter attacking the policeman. Other works which dealt with physical violence or other explosive social issues of the 1960s were Riot (1967), Football Players (1969), and Vietnam Scene (1969).


These sculptures, cast from actual people, were painted to make the revealed skin look realistic, replete with veins and blemishes. Hanson then clothed the figures with garments from second-hand clothing stores or from the person who modeled for him. Clearly these works contained strong social comment, and can be seen as modern parallels to the concerns of 19th-century French Realists such as Honoré Daumier and Jean-François Millet, artists Hanson admired.


Few of Hanson's early sculptures would survive because he later destroyed many of them, preferring to be known for his more mature style.


Around 1970, Hanson abandoned gut-wrenching scenes for more subtle, though no less vivid ones. In that year he made the Supermarket Shopper, Hardhat, and Tourists; Woman Eating was completed in 1971. These were also life-sized, clothed, fiberglass figures. Unlike the earlier works, however, these were single or paired figures, and not overtly engaged in a violent activity. Instead, his figures often had a listless, bored affect, staring into the distance and disengaged from their surroundings.