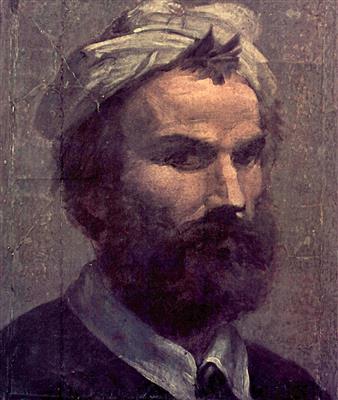 Domenico di Pace Beccafumi (1486 – May 18, 1551) was an Italian Renaissance-Mannerist painter active predominantly in Siena. He is considered one of the last undiluted representatives of the Sienese school of painting.


Domenico was born in Montaperti, near Siena, the son of Giacomo di Pace, a peasant who worked on the estate of Lorenzo Beccafumi. Seeing his talent for drawing, Lorenzo adopted him, and commended him to learn painting from Mechero, a lesser Sienese artist. In 1509 he traveled to Rome, where he learned from the artists who had just done their first work in the Vatican, but soon returned to Siena. However, while the Roman forays of two Sienese artists of roughly his generation (Il Sodoma and Peruzzi) had imbued them with elements of the Umbrian-Florentine Classical style, Beccafumi's style remains, in striking ways, provincial. In Siena, he painted religious pieces for churches and of mythological decorations for private patrons, only mildly influenced by the gestured Mannerist trends dominating the neighboring Florentine school. There are medieval eccentricities, sometimes phantasmagoric, superfluous emotional detail and a misty non-linear, often jagged quality to his drawings, with primal tonality to his coloration that separates him from the classic Roman masters.


In addition to painting, he also directed the celebrated pavement of the cathedral of Siena from 1517 to 1544, a task that took over a century and a half. The pavement shows vast designs in commesso work—white marble, that is, engraved with the outlines of the subject in black, and having borders inlaid with rich patterns in many colours. From the year Beccafumi was engaged in continuing this pavement, he made very ingenious improvements in the technical processes employed, and laid down scenes from the stories of Ahab and Elijah, of Melchisedec, of Abraham and of Moses. He made a triumphal arch and an immense mechanical horse for the procession of the emperor Charles V on his entry into Siena.


Compared to the equilibrated, geometric, and self-assured Florentine style, the Sienese style of painting edges into a more irrational and emotionally unbalanced world. Buildings are often transected, and perspectives awkward. The setting is often hallucinogenic; the colors, discordant. For example, in the Nativity (Church of San Martino) hovering angels form an architectural hoop, and figures enter from the shadows of a ruined arch. In his Annunciation, the Virgin resides in a world neither in day or dusk, she and the Angel Gabriel shine while the house is in shambles. In Christ in Limbo (Pinacoteca Nazionale, Siena), an atypically represented topic, Christ sways in contrapposto as he enters a netherworld of ruins and souls. S.J. Freedberg compares his vibrant eccentric figures to those of the Florentine mannerist contemporary Rosso Fiorentino, yet more "optical and fluid". While all the elements of the expected religious scenes are here, it is like a play in which all the actors have taken atypical costumes, and forgotten some of their lines.


In Medieval Italy, Siena had been an artistic, economic, and political rival of Florence; but wars and natural disasters caused a decline by the 15th century. Stylistically, Beccafumi is among the last in a line of Sienese artists, a medieval believer of miracles awaking in Renaissance reality.