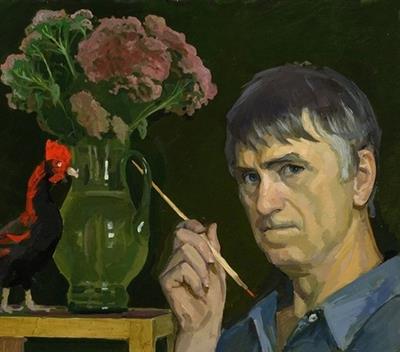 Painter. In 1944–1946 he studied at the Moscow Institute of Applied and Decorative Art. In 1951 he graduated from Moscow State Academic Art Institute named after V. I. Surikov. He studied under N. M. Chernyshev, S. A. Chuikov, P. D. Korin, A. M. Gritsai, and V. N. Yakovlev.

He is the author of numerous subject canvases, paintings, portraits in which the traditions of the Old Russian icon painting and painting of the early Renaissance are innovatively rethought.