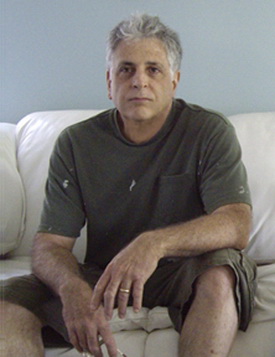 Of Armenian descent, Denis Peterson was one of the first Photorealists to emerge in New York. "The first Photorealists were Chuck Close, Don Eddy, Richard Estes, Ralph Goings, Robert Bechtle, Audrey Flack, Denis Peterson, and Malcolm Morley. Each began practicing some form of Photorealism around the same time, often utilizing different modes of application and techniques, and citing different inspirations for their work. However, for the most part they all worked independent from one another."

He is widely acknowledged as the pioneer and primary architect of Hyperrealism, which was founded on the aesthetic principles of Photorealism. His work Dust to Dust is designated in art historical timelines as a hallmark painting bringing about the initial emergence of the Hyperrealism movement worldwide. Author Graham Thompson wrote, "One demonstration of the way photography became assimilated into the art world is the success of photorealist painting. It is also called super-realism or hyper-realism and painters like Richard Estes, Denis Peterson, Audrey Flack and Chuck Close often worked from photographic stills to create paintings that appeared to be photographs." Denis Peterson distinguished hyperrealism from photorealism making meticulous changes to a work's depth of field, color, and composition in order to emphasize a socially conscious message about contemporary culture and politics.

Peterson has often utilized the hyperrealism painting style as a phenomenological vehicle for social change. In his work "Dust to Dust", Peterson asserts that a man of negligible social status who inhabits the lowest stratum of society is just as worthy of having his portrait painted as any titled individual or famous person, and, more importantly, just as deserving of having his humanity recognized.Figurative images in compressed space and incorporeal landscapes of social decadence are visual commentaries on the aftermath of genocides, diasporas, and cultural divides. "Because of a combination of the theme of the work and his technical abilities, Peterson's paintings have a timeless symbolic meaning rather than the mere appearance of a photograph. While hyper-real in definition, they are also breaking from the structures of photography as being an acceptable simulation of reality and instead, creating a sense of loss from "personalization and interaction."

"Originally, his floor-to-ceiling sized paintings centered around a single figure, with his monochromatic subjects characteristically cropped to appear as enlarged black and white photographs. Later, he developed a diverse number of original painting series, such as multiple phone booths in New York City. Although not a professional photographer, he has relied on his own camera shots to maintain a consistency of composition and subject matter as reliable reference studies. Several years ago, Denis utilized photorealism as a visual medium through which to portray the unthinkable: genocides. As with his controversial painting series on homelessness, his work centered on the indefatigable human spirit rather than on political and economic crucibles. More recently, he has been painting urbanscapes of gargantuan commercial billboards overlooking crowds of people scurrying about below, often unaware of what social messages loom above."