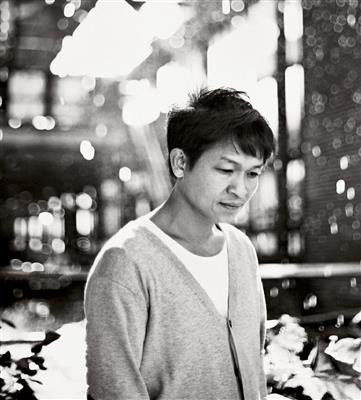 
Danh Võ (pronounced yon voh) was born in Bà Rịa, Vietnam in August 1975. After the Communists' victory and the fall of Saigon, the Võ family and 20,000 other South Vietnamese were brought in 1975 to the island of Phú Quốc. in 1979, when he was 4 years old, his family fled South Vietnam in a homemade boat and was rescued at sea by a freighter belonging to the Danish Maersk shipping company. The family members settled in Denmark. Their assimilation into European culture and the events that led up to their flight from Vietnam are reflected in Võ's art, which juxtaposes the historical and the personal. When Danh Võ and his family were registered by the Danish authorities, the family name Võ was placed last. His middle name, Trung, was recorded as his first name.


Võ moved to Berlin in 2005, after finishing school at Städelschule in Frankfurt, where he went after quitting painting at the Royal Danish Academy of Fine Arts in Copenhagen. He had residencies at the Villa Aurora in Los Angeles (2006) and at Kadist Art Foundation in Paris (2009). He lives in both Berlin and Mexico City.


Võ's installations, which are composed of documents, photos and appropriations of works of other artists, often address the issues of identity and belonging.


The conceptual work Vo Rosasco Rasmussen (2002–) involves the artist's marriage to and immediate divorce from a growing list of important people in his life; after each marriage, Võ retains the last name of his former spouse. His official name is now Trung Ky Danh Vo Rosasco Rasmussen. Oma Totem (2009), a stacked sculpture of his grandmother's welcome gifts from a relief program on her arrival in Germany in the 1980s, displays her television set, washing machine, and refrigerator (adorned with her own crucifix), among other items.


For 2.02.1861 (2009–), the artist asked his father Phung Võ to transcribe the last communication from the French Catholic Saint Théophane Vénard to his own father before he was decapitated in 1861 in Võ's native Vietnam; although multiple copies of the transcribed letter exist (1200 as of 2017), the total number will remain undefined until Phung Võ's death.


In Autoerotic Asphyxiation (2010), Võ presents documentary pictures of young Asian men taken by Joseph Carrier, an American anthropologist and counterinsurgency specialist who worked in Vietnam for the RAND Corporation from 1962 to 1973. While in Vietnam, Carrier privately documented the casual interactions he observed, intimate without necessarily being homoerotic, between local men; he produced a substantial photographic archive, which he subsequently bequeathed to Danh Võ.


For his project We the People, created between 2010 and 2012, Võ enlisted a Shanghai fabricator to recast a life-size Statue of Liberty from 30 tons of copper sheets the width of just two pennies. Rather than assemble the approximately 300 sections, the artist shipped the giant elements to some 15 sites around the world after they rolled off the production line in China. From mid May to early December 2014 We the People was shown in New York City under the auspices of the Public Art Fund, with its assembly of parts shared between City Hall Park in Lower Manhattan and Brooklyn Bridge Park in the borough of Brooklyn. While the work was being installed in City Hall Park, a few of its pieces – replicas of the chain links found at the feet of the original Statue of Liberty – were stolen.