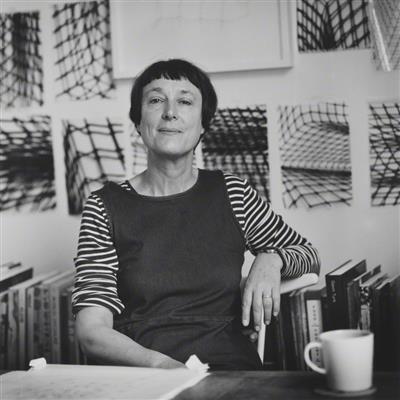 
Parker is married, has one daughter, and lives and works in London. Parker's mother was German and was a nurse in the Luftwaffe during the Second World War. Her British grandfather fought in the Battle of the Somme in the First World War.


Parker is best known for large-scale installations such as Cold Dark Matter: An Exploded View (1991) – first shown at the Chisenhale Gallery in Bow, East London – for which she had a garden shed blown up by the British Army and suspended the fragments as if suspending the explosion process in time. In the centre was a light which cast the shadows of the wood dramatically on the walls of the room. This inspired an orchestral composition of the same name by Joo Yeon Sir.


In contrast, in 1997 at the Turner Prize exhibition, Parker exhibited Mass (Colder Darker Matter) (1997), suspending the charred remains of a church that had been struck by lightning in Texas. Eight years later, Parker made a companion piece "Anti-Mass" (2005), using charcoal from a black congregation church in Kentucky, which had been destroyed by arson.


The Maybe (1995) at the Serpentine Gallery, London, was a performance piece conceived by Tilda Swinton, who lay, apparently asleep, inside a vitrine. She asked Parker to collaborate with her on the project, and to create an installation in which she could sleep. Swinton's original idea was to lie in state as Snow White in a glass coffin, but through the collaboration with Cornelia the idea evolved into her appearing as herself and not as an actor posing as a fictional character. Parker filled the Serpentine with glass cases containing relics that belonged to famous historical figures, such as the pillow and blanket from Freud's couch, Mrs. Simpson's ice skates, Charles Dickens' quill pen and Queen Victoria's stocking. A version of the piece was later re-performed in Rome (1996) and then MoMA, New York (2013) without Parker's involvement.


Parker has made other interventions involving historical artworks. For example, she wrapped Rodin's The Kiss sculpture in Tate Britain with a mile of string (2003) as her contribution to the 2003 Tate Triennial Days Like These at Tate Britain. The intervention was titled The Distance (A Kiss With String Attached). She re-staged this intervention as part of her mid-career retrospective at the Whitworth Art Gallery, Manchester, in 2015. Subconscious of a Monument (2005) is composed of fragments of dry soil, which are suspended on wires from the gallery ceiling. These lumps are the now-desiccated clay which was removed from beneath the Leaning Tower of Pisa in order to prevent its collapse.