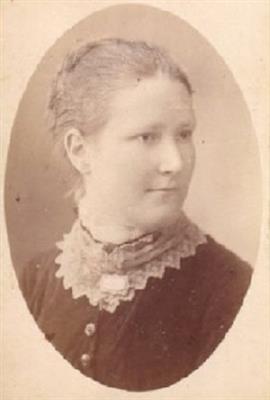 
Clara Southern (3 October 1860 – 15 December 1940) was an Australian artist associated with the Heidelberg School, also known as Australian Impressionism. She was active between the years 1883 and her death in 1940. Physically, Southern was tall with reddish fair hair, and was nicknamed 'Panther' because of her lithe beauty.


Southern was born in Kyneton, Victoria, in 1860. She studied at the National Gallery of Victoria Art School under George Folingsby and Frederick McCubbin. When in Melbourne she shared a studio at Grosvenor Chambers, 9 Collins Street, with Jane Sutherland from 1888. By 1908 she had established an artistic community of younger landscape painters at Warrandyte, a township on the Yarra about 30 kilometres from Melbourne. The community included Penleigh Boyd and Harold Herbert. Although her work was admired by the artists of her time, they were not very well known.


On 9 November 1905, Southern married John Arthur Flinn at St. John's Anglican Church in Blackburn. Together they built a cottage, and later a studio, at Blythe Bank, Warrandyte. Even after her marriage, Southern continued to exhibit under her own name.


An Old Bee Farm, held by the National Gallery of Victoria is one of her better known works. It was one of 56 paintings included in Lloyd O'Neil's Classic Australian Paintings, and was used as the cover illustration for Kay Schaffer's 1988 book Women and the Bush: Forces of Desire in the Australian Cultural Tradition.


Southern was a member of the Victorian Artists Society, the Australian Art Association, the Melbourne Society of Women Painters and Sculptors, the Twenty Melbourne Painters, and the Lyceum Club.