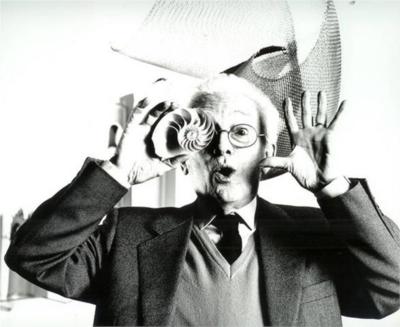 Bruno Munari was born in Milan but spent his childhood and teenage years in Badia Polesine. In 1925 he returned to Milan where he started to work with his uncle who was an engineer. In 1927, he started to follow Marinetti and the Futurist movement, displaying his work in many exhibitions. Three years later he associated with Riccardo Castagnedi (Ricas), with whom he worked as a graphic designer until 1938. During a trip to Paris, in 1933, he met Louis Aragon and André Breton. From 1938 to September 1943 he worked as a press graphic designer for Mondadori, and as art director of Tempo Magazine and Grazia, two magazines owned by Mondadori. At the same time he began designing books for children, originally created for his son Alberto.

Bruno Munari joined the 'Second' Italian Futurist movement in Italy led by Filippo Tommaso Marinetti in the late 1920s. During this period, Munari contributed collages to Italian magazines, some of them highly propagandist, and created sculptural works which would unfold in the coming decades including his useless machines, and his abstract-geometrical works. After World War II Munari disassociated himself with Italian Futurism because of its proto-Fascist connotations.

In his later life, Munari, worried by the incorrect perception of his artistic work, which is still confused with the other genres of his activity (didactics, design, graphics), selected art historian Miroslava Hajek as curator of a selection of his most important works in 1969. This collection, structured chronologically, shows his continuous creativity, thematic coherence and the evolution of his aesthetic philosophy throughout his artistic life.

Munari was also a significant contributor in the field of children's books and toys, later in his life, though he had been producing books for children since the 1930s. He used textured, tactile surfaces and cut-outs to create books that teach about touch, movement, and colour through kinesthetic learning.

The following are included in Design as Art. They have also been published individually: