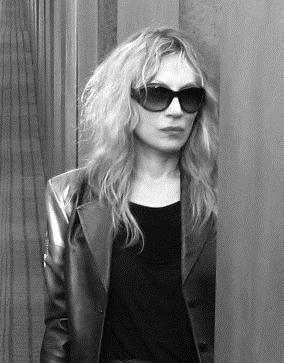 Bracha Lichtenberg Ettinger (Hebrew: ברכה אטינגר, ברכה ליכטנברג-אטינגר‎) is an Israeli-born painter. As visual artist she has mainly produced paintings, drawings, notebooks and photography. She is also a philosopher, psychoanalyst and writer.

Ettinger's work consists mostly of oil painting. Ettinger is now considered to be a prominent figure among both the French painters' and the Israeli art's scenes. Ettinger's art was recently analysed at length in the book Women Artists at the Millennium, in Griselda Pollock's Encounters in the Virtual Feminist Museum and in Catherine de Zegher's anthology Women's Work is Never Done. Her ideas in cultural theory, psychoanalysis, and French feminism (see Feminist theory and psychoanalysis) achieved recognition after the publication of Matrix and Metramorphosis (1992), fragments from her notebooks (Moma, Oxford, 1993) and The Matrixial Gaze (1995). Over the last two decades her work has been influential in art history, film studies (including feminist film theory), psychoanalysis, aesthetics and gender studies.

Ettinger is a Professor at European Graduate School in Saas-Fee, Switzerland.

Bracha Ettinger was born in Tel Aviv on 23 March 1948. She received her M.A. in Clinical Psychology from the Hebrew University of Jerusalem. She moved to London in 1975 and studied, trained and worked between 1975 and 1979 at the London Centre for Psychotherapy, the Tavistock Clinic and the Philadelphia Association with R. D. Laing. Her daughter the actress Lana Ettinger was born in London. She returned to Israel in 1979 and worked at Shalvata Hospital. Ettinger, who has painted and drawn since early childhood, is self-taught. In her early days she avoided the art scene. In 1981 she decided to become a professional artist and moved to Paris where she lived and worked from 1981 to 2003. Her son Itai was born in 1988. As well as painting, drawing and photography, she began writing, and received a D.E.A. in Psychoanalysis from the University Paris VII Diderot in 1987, and a Ph.D. in Aesthetics of Art from the University of Paris VIII in 1996.

Ettinger had a solo project at the Pompidou Centre in 1987, and a solo exhibition at the Museum of Calais in 1988. In 1995 she had a solo exhibition at the Israel Museum in Jerusalem, and in 1996 she participated in the Contemporary art section of Face à l'Histoire. 1933–1996 exhibition in the Pompidou Centre. In 2000 she had a mid-life retrospective at the Centre for Fine Arts (The Palais des Beaux Arts) in Brussels, and in 2001 a solo exhibition at the Drawing Center in New York. As well as working as an artist, Ettinger continued to train as psychoanalyst with Françoise Dolto, Piera Auglanier, Pierre Fedida, and Jacques-Alain Miller, and has become an influential contemporary French feminist. Around 1988 Ettinger began her Conversation and Photography project. Her personal art notebooks have become source for theoretical articulations, and her art has inspired art historians (among them the distinguished art historian Griselda Pollock and international curator Catherine de Zegher) and philosophers (like Jean-François Lyotard, Christine Buci-Glucksmann and Brian Massumi) who dedicated a number of essays to her painting.