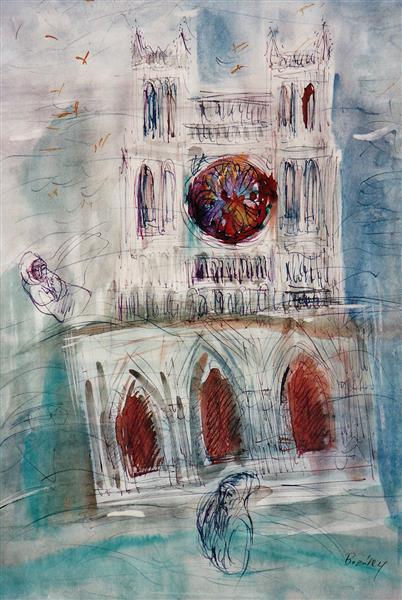 Claude DEBUSSY was a French composer. He is sometimes seen as the first Impressionist composer, although he vigorously rejected the term. He was among the most influential composers of the late 19th and early 20th centuries.(Wikipedia)

THE STORY OF DEBUSSY’S “THE SUNKEN CATHEDRAL”, the "Legend of Ys"

This piece is based on an ancient Breton myth in which a cathedral, submerged underwater off the coast of the Island of Ys, rises up from the sea on clear mornings when the water is transparent. Sounds can be heard of priests chanting, bells chiming, and the organ playing, from across the sea. Accordingly, Debussy uses certain harmonies to allude to the plot of the legend, in the style of musical symbolism.
(Wikipedia)