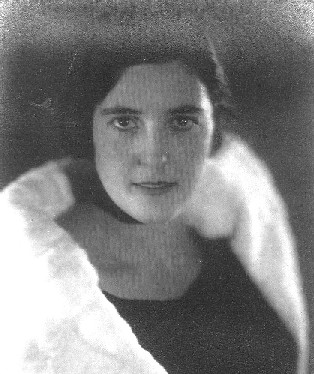 The artist known most frequently as Benedetta worked predominantly within the Futurist Movement. She is currently the topic of a stub page on Wikipedia. As part of a class assignment, my group will be expanding the article. Check back, here and there, for updates.

Benedetta Cappa (14 August 1897 – 15 May 1977) was an Italian futurist artist who has had retrospectives at the Walker Art Center and the Solomon R. Guggenheim Museum. Her work fits within the second phase of Italian Futurism

Benedetta was born at exactly midnight on August 14, 1897 in Rome, Italy.

Benedetta's family was originally from Piedmont. Her mother, Amalia Cappa, was a numerologist and understood the properties of alphabetic letters and gave her 4 sons names that begin in the letter A and her only daughter, Benedetta, a name that begins in the letter B. Her father, Innocenzo Cappa, was stern in discipline. Her mother was a cultured woman and a Protestant, so her parents were rigid, but affectionate in her upbringing. She was closest to her brother Alberto, who had an outgoing personality and an interest in politics.

As a child, Benedetta wrote poetry and took painting and piano lessons. She attended Vittoria Columna high school in Rome and graduated in 1914. She continued there for two years and received a diploma to teach elementary school. She received another degree from the "Universita degli studi di Roma" in 1917. During World War I she worked at an after-school program for underprivileged children. She was aware of Maria Montessori's pedagogical system for teaching children. She understood that children should focus on sensory experiences, most importantly, the tactile experience.

After the war ended in 1917, she officially left her teaching career behind to study under Futurist painter Giacomo Balla. He became an important father figure to her and a real friend for the rest of their lives. Through Balla she began to meet avant-garde artists, poets and writers who gathered in Balla's studio. She met Filippo Tommaso Marinetti in 1918 at Casa Balla, although her family had been acquainted with him since 1910. Their friendship was first based on intellectual curiosity. Their letters began in 1918, and are first written with a certain formality on both parts and deal with Futurist ideas and a discussion of their literary works. Benedetta and Marinetti married in 1923.

From November 1998 until February 1999, she was the subject of the first career survey of her art at the Walker Art Center in Minneapolis, Minnesota. In 2014, for part of its survey of Italian Futurism, the Solomon R. Guggenheim Museum in New York City displayed a set of five murals created by Cappa for the main post office in Palermo, Sicily, titled "Syntheses of Communication", as well as other examples of her works.