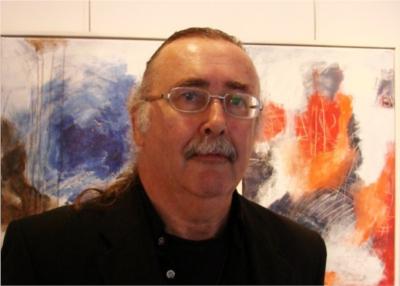 Ben Vollers started his artist carrier rather late; it was in 1985 that painting was a serious matter for him. His first monthly exhibition with a group of fellow artists started a a year later in Amsterdam, in Gallery 30 in the city center.
There he met the elder painter artist Daan Lemaire who just started to paint abstract in that period. Lemaire became his mentor in painting.
Till 1988 Vollers painted in a figurative way.
From 1982 till 1988 Vollers studied History at the University of Amsterdam, which he finished officially in 1988. His interest in historical matters continued later in his painting art, as become clear in many titles.
From 1991 till 1992 he followed the Vrije Academie in Utrecht on the Saturdays.