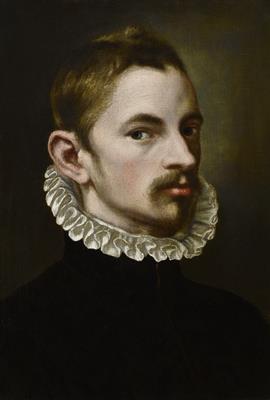 Bartolomeo Passerotti (1529 – 1592) was an Italian painter of the mannerist period, who worked mainly in his native Bologna. His family name is also spelled Passerotti or Passarotto.


He traveled to Rome in the mid-16th century, where he worked under Girolamo Vignola and Taddeo Zuccari. Upon returning to Bologna, he accumulated a large studio, and influenced many Bolognese who would later play a role in the rise of the Baroque. Annibale Carracci (whose brother Agostino studied with Passerotti) was influenced by Passerotti's genre scenes in a select set of paintings (such as The Beaneater and The Butcher's Shop, the latter being originally attributed to Passerotti). Lucio Massari and Francesco Brizzi were among his pupils. Four of Passerotti's sons, including Ventura, Aurelio, Tiburzio and Passarotto were painters.