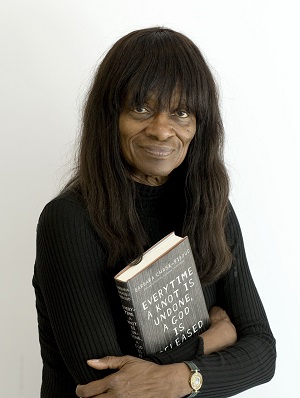 
After becoming established as a sculptor and poet, Chase-Riboud gained widespread recognition as an author for her novel Sally Hemings (1979). It earned the Janet Heidinger Kafka Prize in Fiction, and became an international success.


Because she fully imagined Sally Hemings, the novel generated discussion about the likely relationship between the young enslaved woman and her master, Thomas Jefferson, who became president of the United States. Mainline historians rejected Chase-Riboud's portrayal and persuaded CBS not to produce a planned TV mini-series adapted from the novel. Following DNA analysis of descendants in 1998, the Jefferson-Hemings relationship is widely accepted by historians as fact, including those who had objected before.


In 1956 Chase received a Bachelor of Fine Arts from the Tyler School at Temple University. In that same year, Chase won a John Hay Whitney fellowship to study at the American Academy in Rome for 12 months. There, she created her first bronze sculptures and exhibited her work. During this time, she traveled to Egypt, where she discovered non-European art. In 1960, Chase completed a MFA degree from Yale University School of Design and Architecture. She is the first African-American woman to receive the MFA degree from Yale University. After completing her studies, Chase left the United States for London, then Paris.


Chase-Riboud is an acclaimed sculptor, poet, and novelist. She has worked across a variety of media throughout her long career.


Chase-Riboud's modern abstract sculptures often combine the durable and rigid metals of bronze and aluminum with softer elements made from silk or other textile material. Using the lost wax method, Chase-Riboud carves, bends, folds, and manipulates large sheets of wax prior to casting molds of the handmade designs. She then pours the metal to produce the metal-work, which melts the original wax sculpture. The finished metal is then combined with material threads, which are manipulated into knots and cords, and often serve as the base for the metal portion of her sculptures, including those of the "Malcolm X Steles".


In 1955, her woodcut Reba was displayed in the Carnegie Hall Gallery as a part of the exhibit It's All Yours (sponsored by Seventeen magazine). This woodcut was subsequently purchased by the Museum of Modern Art.