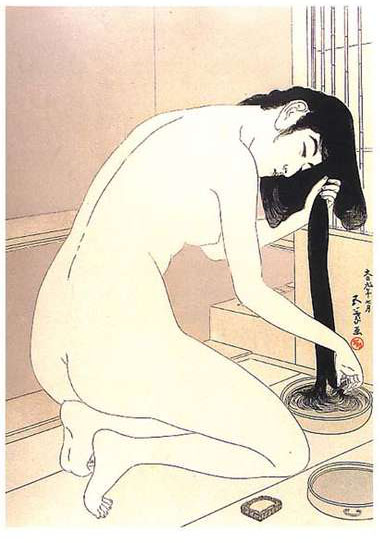 The Taishō period (大正時代, Taishō jidai), or Taishō era, is a period in the history of Japan dating from July 30, 1912, to December 25, 1926, coinciding with the reign of the Emperor Taishō. The new emperor was a sickly man, which prompted the shift in political power from the old oligarchic group of elder statesmen (or genrō) to the Imperial Diet of Japan and the democratic parties. Thus, the era is considered the time of the liberal movement known as the "Taishō democracy" in Japan; it is usually distinguished from the preceding chaotic Meiji period and the following militarism-driven first part of the Shōwa period.

On July 30, 1912, the Meiji Emperor died and Crown Prince Yoshihito succeeded to the throne as Emperor of Japan. In his coronation address, the newly enthroned Emperor announced his reign's nengō (era name) Taishō, meaning "great righteousness".

The end of the Meiji period was marked by huge government domestic and overseas investments and defense programs, nearly exhausted credit, and a lack of foreign reserves to pay debts. The influence of Western culture experienced in the Meiji period continued. Kobayashi Kiyochika adopted Western painting styles while continuing to work in ukiyo-e. Okakura Kakuzō kept an interest in traditional Japanese painting. Mori Ōgai studied in the West and introduced a more modern view of human life.

The events flowing from the Meiji Restoration in 1868 had seen not only the fulfillment of many domestic and foreign economic and political objectives—without Japan suffering the colonial fate of other Asian nations—but also a new intellectual ferment, in a time when there was worldwide interest in socialism and an urban proletariat was developing. Universal male suffrage, social welfare, workers' rights, and nonviolent protests were ideals of the early leftist movement. Government suppression of leftist activities, however, led to more radical leftist action and even more suppression, resulting in the dissolution of the Japan Socialist Party (日本社会党 Nihon Shakaitō) only a year after its founding and general failure of the socialist movement in 1906.

The beginning of the Taishō period was marked by the Taishō political crisis in 1912–13 that interrupted the earlier politics of compromise. When Saionji Kinmochi tried to cut the military budget, the army minister resigned, bringing down the Rikken Seiyūkai cabinet. Both Yamagata Aritomo and Saionji refused to resume office, and the genrō were unable to find a solution. Public outrage over the military manipulation of the cabinet and the recall of Katsura Tarō for a third term led to still more demands for an end to genrō politics. Despite old guard opposition, the conservative forces formed a party of their own in 1913, the Rikken Dōshikai, a party that won a majority in the House over the Seiyūkai in late 1914.

World War I permitted Japan, which fought on the side of the victorious Allies, to expand its influence in Asia and its territorial holdings in the Pacific. Japan declared war on Germany on August 23, 1914, and quickly occupied German-leased territories in China's Shandong and the Mariana, Caroline, and Marshall islands in the Pacific Ocean. On November 7, Jiaozhou surrendered to Japan.