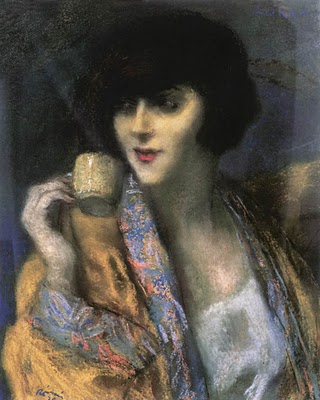 Secession (German: Sezession) refers to a number of modernist artist groups that separated from the support of official academic art and its administrations in the late 19th and early 20th century.

The first secession from the official politics occurred in France, when, in 1890, the "Salon au Champs-de-Mars" was established, headed by Meissonnier and Puvis de Chavannes. In the years following artists in various European countries took up this impulse, primarily in Germany, Austria–Hungary, and Belgium, which 'seceded' from traditional art movements and embraced progressive styles. The first secession outside France formed in Munich in 1892, followed by the Vienna Secession formed 5 years later in 1897.

The best-known secession movement was the Vienna Secession formed in 1897, and included Gustav Klimt, who favoured the ornate Art Nouveau style over the prevailing styles of the time. The style of these artists, as practiced in Austria is known as Sezessionstil, or "Secession style".

Georg Hirth, the editor and publisher of Jugend (English: Youth) from 1896 until his death in 1916, coined the term "Secession" to represent the spirit of the various modern and reactionary movements of the era. This idea was later revisited in the published thesis by Hans-Ulrich Simon (Sezessionismus. Kunstgewerbe in literarischer und bildender Kunst, 1976), who argues that the series of secessions in late 19th and early 20th century Europe together form a movement of "Secessionism" (German: Sezessionismus) that was manifested in both the art and literature of the era.