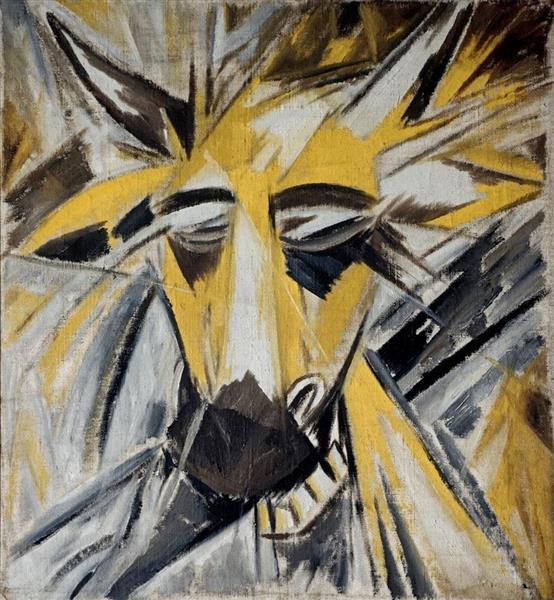 Rayonism (or Rayism or Rayonnism) is a style of abstract art that developed in Russia in 1911.

Mikhail Larionov and Natalia Goncharova developed rayonism after hearing a series of lectures about Futurism by Marinetti in Moscow. The Futurists took speed, technology and modernity as their inspiration, depicting the dynamic character of early 20th century life.

The Rayonists sought an art that floated beyond abstraction, outside of time and space, and to break the barriers between the artist and the public. They derived the name from the use of dynamic rays of contrasting color, representing lines of reflected light — crossing of reflected rays from various objects.

At the 1913 Target exhibition they introduced the style to the public. In their literature they described Rayonism as naturally encompassing all existing styles and forms of the art of the past, as they, like life, are simply points of departure for a Rayonist perception and construction of a picture.

Rayonists not only painted, they also designed theater sets and produced book illustrations.

Although short-lived, Rayonism was a crucial step in the development of Russian abstract art. As Larionov said, it represented the true freeing of art from the former realistic conventions that had oppressed the artistic community.

Electro act "The Rayonists" took their name from the movement.