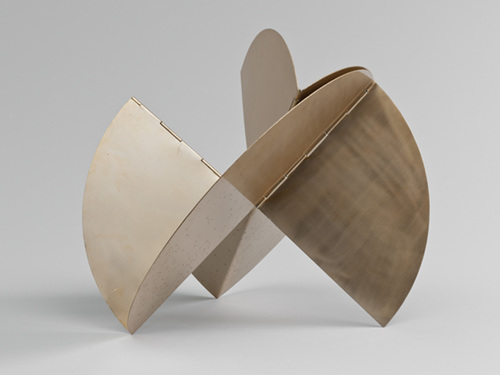 The Neo-Concrete Movement (1959–61) was a Brazilian art movement, which developed from Rio de Janeiro’s Grupo Frente, a coalition of artists working in Concrete Art. Neoconcrete artists rejected the pure rationalist approach of concrete art and embraced a more phenomenological and less scientific art. Ferreira Gullar inspired Neo-Concrete philosophy through his essay “Theory of the Non-Object” (1959) and wrote the “Neo-concrete Manifesto” (1959) which outlines what Neo-Concrete art should be. Lygia Clark, Hélio Oiticica, and Lygia Pape were among the primary leaders of this movement.

After World War One, Europe witnessed a boom of art movements based upon rationalism such as De Stijl and Bauhaus. Artists believed humanity would be able to achieve progress through its ability to reason. In Latin America, ideas of rationalist and non-objective art took root in the early 1950s in reaction to the muralism controversy. Governments such as the Mexican government utilized muralists to create propaganda. Under repressive Latin American governments, artists rebelled against the idea of aiding the political regime through figurative art; therefore geometric abstraction and concretism ushered in an art that did not connote anything political or have really any meaning at all.

Concrete Art was able to flourish beneath these repressive regimes because it held no political messages or incendiary material. In Brazil, ideas of rationalist art and geometric abstraction arose in the early 1950s following the establishment of a democratic republic in 1946. The period from 1946 to 1964 is known as the Second Brazilian Republic. Groups such as Ruptura in Sao Paulo and Grupo Frente in Rio de Janeiro rose. Specifically Ruptura followed the ideal of pure mathematical art which does not connote meaning outside of what it is.

The Neo-Concrete Art Movement arose when Grupo Frente realized that Concretism was “naïve and somewhat colonialist” and an “overly rational conception of abstract structure.”

In 1961 as the political tides began to turn, the Neo-Concrete artists disbanded no longer content to limit themselves to this one philosophy. Lygia Clark and Hélio Oiticica, leaders of the Neo-Concrete movement, put their energy into Conceptual Art. Art historians often refer to Neo-Concretism as the precursor to Conceptual Art because of the foundation of “abstruse metaphysics.” On April 1, 1964, a military coup removed Joao Goulart and established a military government in Brazil until 1985. The increase of violence called for a new kind of art that had the potential to carry meaning and deconstruct traditional thought even further. This came in the form of Conceptual Art.

Brazilian poet and writer Gullar wrote the Neo-Concrete Manifesto in 1959 and described a work of art as “something which amounts to more than the sum of its constituent elements; something which analysis may break down into various elements but which can only be understood phenomenologically.” In contrast to the Concrete Art movement, Gullar was calling for an art that was not based upon rationalism or in pursuit of pure form. He sought works of art that became active once the viewer was involved. Neo-concrete art must disassemble the limitations of the object and “express complex human realities.”