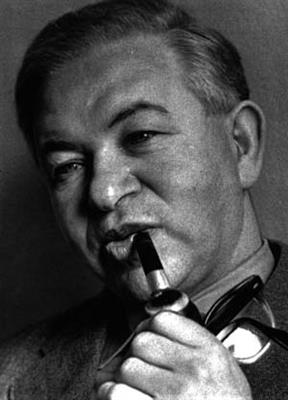 Arne Emil Jacobsen, Hon. FAIA (Danish pronunciation: [ˈɑːnə e̝ˈmiˀl ˈjɑkʰʌpsn̩]) 11 February 1902 – 24 March 1971) was a Danish architect and furniture designer. He is remembered for his contribution to architectural functionalism and for the worldwide success he enjoyed with simple well-designed chairs.


Arne Jacobsen was born on 11 February 1902 in Copenhagen. His father Johan was a wholesale trader in safety pins and snap fasteners. His mother Pouline was a bank teller whose hobby was floral motifs. He first hoped to become a painter, but was dissuaded by his mother, who encouraged him to opt instead for the more secure domain of architecture. After a spell as an apprentice mason, Jacobsen was admitted to the Architecture School at the Royal Danish Academy of Fine Arts where from 1924 to 1927 he studied under Kay Fisker and Kaj Gottlob, both leading architects and designers.


Still a student, in 1925 Jacobsen participated in the Paris Art Deco fair, Exposition Internationale des Arts Décoratifs et Industriels Modernes, where he won a silver medal for a chair design. On that trip, he was struck by the pioneering aesthetic of Le Corbusier's L'Esprit Nouveau pavilion. Before leaving the Academy, Jacobsen also travelled to Germany, where he became acquainted with the rationalist architecture of Mies van der Rohe and Walter Gropius. Their work influenced his early designs including his graduation project, an art gallery, which won him a gold medal. After completing architecture school, he first worked at city architect Poul Holsøe's architectural practice.


In 1929, in collaboration with Flemming Lassen, he won a Danish Architect's Association competition for designing the "House of the Future" which was built full scale at the subsequent exhibition in Copenhagen's Forum. It was a spiral-shaped, flat-roofed house in glass and concrete, incorporating a private garage, a boathouse and a helicopter pad. Other striking features were windows that rolled down like car windows, a conveyor tube for the mail and a kitchen stocked with ready-made meals. A Dodge Cabriolet Coupé was parked in the garage, there was a Chris Craft in the boathouse and an Autogyro on the roof. Jacobsen immediately became recognised as an ultra-modern architect.


The year after winning the "House of the Future" award, Arne Jacobsen set up his own office. He designed the functionalist Rothenborg House, which he planned in every detail, a characteristic of many of his later works.


Soon afterwards, he won a competition from Gentofte Municipality for the design of a seaside resort complex in Klampenborg on the Øresund coast just north of Copenhagen. The various components of the resort became his major public breakthrough in Denmark, further establishing him as a leading national proponent of the International Modern Style. In 1932, the first item, the Bellevue Sea Bath, was completed. Jacobsen designed everything from the characteristic blue-striped lifeguard towers, kiosks and changing cabins to the tickets, season cards and even the uniforms of the employees. The focal point of the area was supposed to have been a lookout tower, more than a hundred metres high with a revolving restaurant at the top but it was abandoned after huge local protests. Still, it is reflected in the overall arrangement of buildings in the area which all follow lines that extend from their missing centre. In 1934, came the Bellavista residential development, built in concrete, steel and glass, with smooth surfaces and open floor planning, free of any excesses or ornaments. Completing the white trilogy in 1937, the Bellevue Theatre featured a retractable roof allowing open-air performances. These early works clearly show the influence of the White Cubist architecture Jacobsen had encountered in Germany, particularly at the Weissenhof Estate in Stuttgart. The cluster of white buildings at Bellevue also includes the Skovshoved Filling Station. In their day, these projects were described as "The dream of the modern lifestyle".