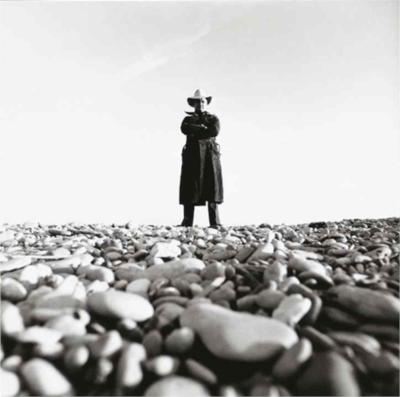 Portrait of Arman by Lothar Wolleh, 1963

Arman (November 17, 1928 – October 22, 2005) was a French-born American artist. Born Armand Fernandez in Nice, France, Arman was a painter who moved from using objects for the ink or paint traces they leave ("cachet", "allures d'objet") to using them as the painting itself. He is best known for his "accumulations" and destruction/recomposition of objects.

Arman's father, Antonio Fernandez, an antiques dealer from Nice, was also an amateur artist, photographer, and cellist. From his father, Arman learned oil painting and photography. After receiving his bachelor's degree in philosophy and mathematics in 1946, Arman began studying at the École Nationale des Arts Décoratifs in Nice. He also started judo at a police school in Nice where he met Yves Klein and Claude Pascal. The trio bonded closely on a subsequent hitch-hiking tour around Europe.

Completing his studies in 1949, Arman enrolled as a student at the École du Louvre in Paris, where he concentrated on the study of archaeology and oriental art. In 1951, he became a teacher at the Bushido Kai Judo Club in Madrid. During this time he also served in the French military, completing his tour of duty as a medical orderly during the Indo-China War.

Early on, it was apparent that Arman's concept of the accumulation of vast quantities of the same objects was to remain a significant component of his art. Ironically, he had originally focused more attention on his abstract paintings, considering them to be of more consequence than his early accumulations of stamps. Only when he witnessed viewer reaction to his first accumulation in 1959 did he fully recognize the power of such art. In 1962, he began welding together accumulations of the same kinds of metal objects, such as axes (as pictured below).

Inspired by an exhibition for the German Dadaist Kurt Schwitters in 1954, Arman began working on "Cachets," his first major artistic undertaking. At his third solo exhibition held in Paris's Galerie Iris Clert in 1958, Arman showed some of his first 2D accumulations he called "cachets." These stamps on paper and fabric proved a success and provided an important change of course for the young artist's career.

At the time, he was signing with his first name as an homage to Van Gogh, who also signed his works with his first name, "Vincent." And, thus, in 1957, Arman chose to change his name from Armand to Arman. On January 31, 1973, upon becoming a citizen of the United States, he took the American civil name, Armand Pierre Arman. Nevertheless, he continued to use "Arman" as his public persona.

From 1959 to 1962, Arman developed his most recognizable style, beginning with his two most renowned concepts: "Accumulation" and "Poubelle" (French for "trash bin"). Accumulations were collections of common and identical objects which he arranged in polyester castings or within Plexiglas cases. His first welded accumulations were created in 1962.

The "Poubelles" were collections of strewn refuse. In 1960, he filled the Galerie Iris Clert in Paris with garbage, creating "Le Plein" ("Full Up") as a counterpoint of the exhibition called "Le Vide" at the same gallery two years earlier by his friend Yves Klein. These works began to garner the attention of the European art community.