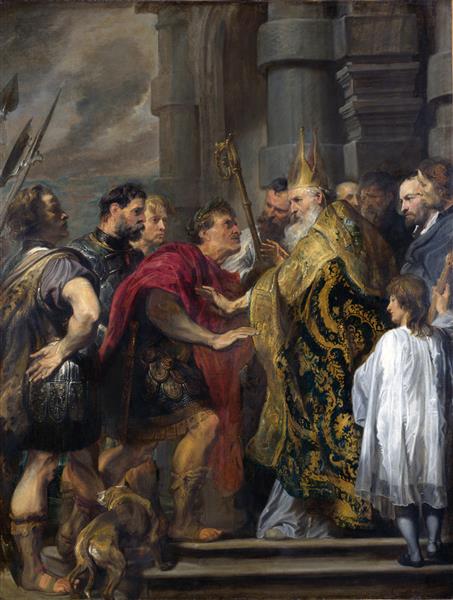 Saint Ambrose barring Theodosius from Milan Cathedral is a 1619–1620 painting by Anthony van Dyck, now in the National Gallery in London.

It draws heavily on a 1618 version of the same subject by Rubens which van Dyck had worked on as a studio assistant. In van Dyck's version, Theodosius is beardless, the architectural background is more defined and a spear and a halberd are added on the left-hand side.

It shows the Roman emperor Theodosius I and his entourage being barred from Milan Cathedral by its archbishop Saint Ambrose, as punishment for the Massacre of Thessalonica.