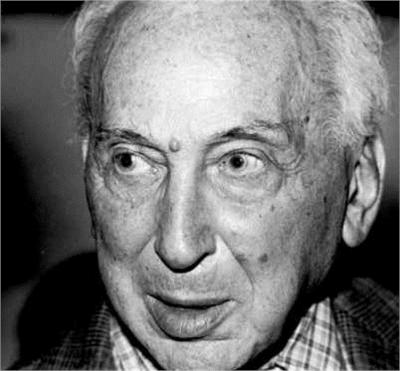 André Kertész (French: [kɛʁtɛs]; 2 July 1894 – 28 September 1985), born Kertész Andor, was a Hungarian-born photographer known for his groundbreaking contributions to photographic composition and the photo essay. In the early years of his career, his then-unorthodox camera angles and style prevented his work from gaining wider recognition. Kertész never felt that he had gained the worldwide recognition he deserved. Today he is considered one of the seminal figures of photojournalism.

Expected by his family to work as a stockbroker, Kertész pursued photography independently as an autodidact, and his early work was published primarily in magazines, a major market in those years. This continued until much later in his life, when Kertész stopped accepting commissions. He served briefly in World War I and moved to Paris in 1925, then the artistic capital of the world, against the wishes of his family. In Paris he worked for France's first illustrated magazine called VU. Involved with many young immigrant artists and the Dada movement, he achieved critical and commercial success.

Due to German persecution of the Jews and the threat of World War II, Kertész decided to emigrate to the United States in 1936, where he had to rebuild his reputation through commissioned work. In the 1940s and 1950s, he stopped working for magazines and began to achieve greater international success. His career is generally divided into four periods, based on where he was working and his work was most prominently known. They are called the Hungarian period, the French period, the American period and, toward the end of his life, the International period.

Andor Kertész was born on 2 July 1894 in Budapest to the middle-class Jewish family of Lipót Kertész, a bookseller, and his wife, Ernesztin Hoffmann. Andor, known as "Bandi" to his friends, was the middle child of three sons, including Imre and Jenő. When Lipót died in 1908 from tuberculosis, the widowed Ernesztin was without a source of income to support their three children. Ernesztin's brother, Lipót Hoffmann, provided for the family and acted much like a father to the boys. The family soon moved to Hoffman's country property in Szigetbecse. Kertész grew up in a leisurely pace of life and pastoral setting that would shape his later career path.

Hoffman paid for his middle nephew's business classes at the Academy of Commerce until his 1912 graduation, and arranged his hiring by the stock exchange soon after. Unlike his older brother Imre, who worked at the exchange in Budapest for all his life, Kertész had little interest in the field. He was drawn to illustrated magazines and to activities like fishing and swimming in the Danube River near his uncle's property.

Kertész's first encounters with magazine photography inspired him to learn photography. He was also influenced by certain paintings by Lajos Tihanyi and Gyula Zilzer, as well as by poetry.

After earning enough money, Kertész quickly bought his first camera (an ICA box camera) in 1912, despite his family's protests to continue his career in business. In his free time, he photographed the local peasants, gypsies, and landscape of the surrounding Hungarian Plains (the puszta). His first photograph is believed to be Sleeping Boy, Budapest, 1912. His photographs were first published in 1917 in the magazine Érdekes Újság, during World War I, while Kertész was serving in the Austro-Hungarian army. As early as 1914 (for example, Eugene, 1914), his distinctive and mature style was already evident.