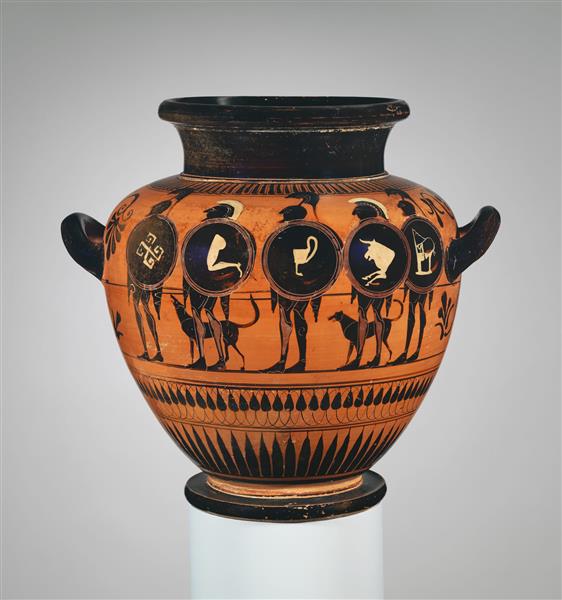 Representations of Attic symposia (drinking parties) occasionally include stamnoi, indicating that they contained wine; they typically had lids. The decoration here juxtaposes aspects of heroic and contemporary warfare. The chariot evokes a bygone era described in Homer's epics of the Trojan War. The two figures in Scythian dress and the footsoldiers on both sides represent contemporary warriors. The painter was particularly inventive with the shield devices.

Attributed to the Painter of London B 343