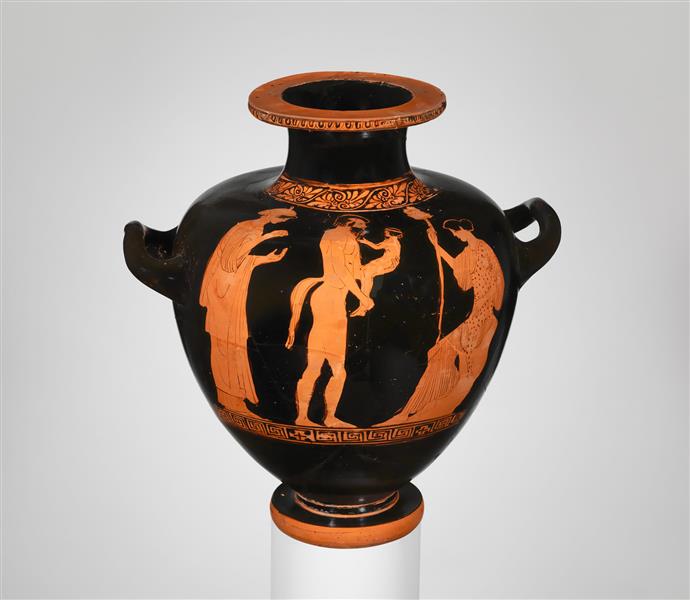 Satyr with young Dionysos between women

After Dionysos was born from the thigh of his father, Zeus, he was brought up by the nymphs on Mount Nysa; its location was indeterminate but probably in northern Greece. The representation here presents a conflation of the nymphs and the maenads who were to become his female followers.

Attributed to the Villa Giulia Painter