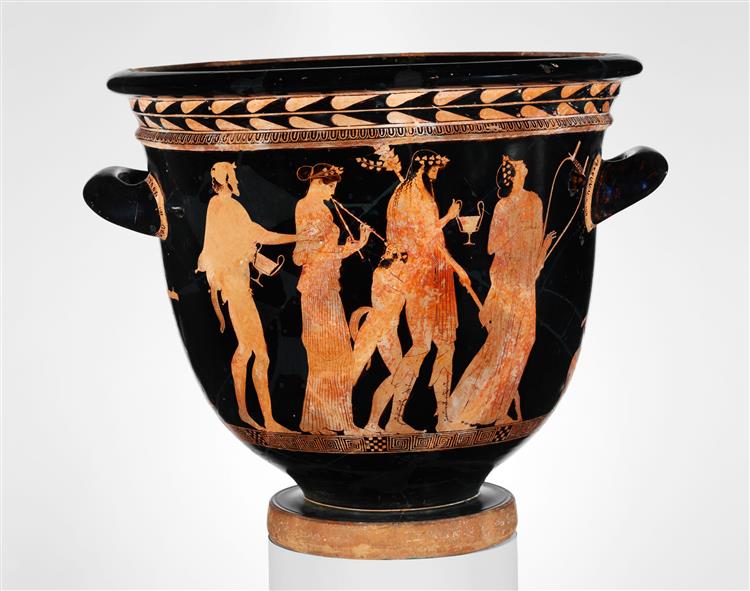 Obverse and reverse, Dionysos, the god of wine, with his followers, satyrs and maenads

Belonging to the group around the Villa Giulia Painter, the Methyse Painter takes his name from the lyre-playing maenad in front of Dionysos (methyse means "drunk"). The figures' incipient inebriation is subtly suggested. The key is Dionysos—slow-moving with downcast, introverted expression and stabilized by a young satyr who wraps his arms around the god's middle. The satyrs and maenads on the reverse are more active. One maenad holds her thyrsos (fennel stalk) ready to parry an assault. The figures under each handle are engaged in an eternal pursuit.