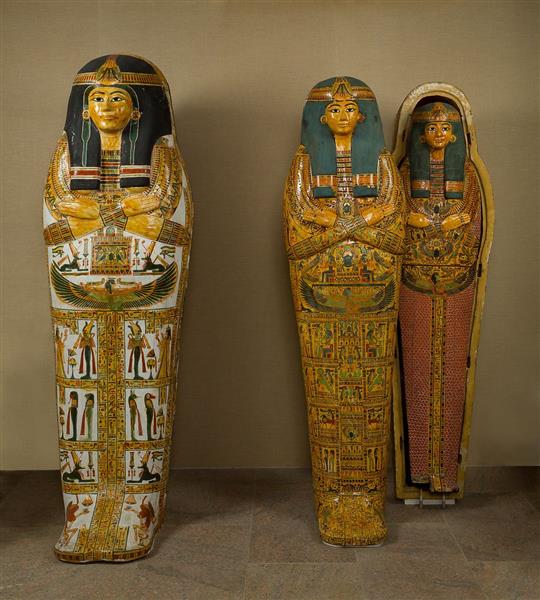 Coffin Set of the Singer of Amun Re, Henettawy

The Mistress of the House, Singer of Amun-Re, Henettawy died at the young age of twenty-one. She was buried in a plundered tomb, which had originally been the resting place of Minmose, an official of Hatshepsut. The burial was a modest one, including a set of coffins and personal jewelry. Henettawy's body was not embalmed but simply wrapped in layers of linen bandages.

Aside from her rather simple personal jewelry, Henettawy's main burial equipment consisted of two splendid coffins and a mummy board, fitting one into the other like parts of a Russian doll. Both coffins and the mummy board are shaped like wrapped mummies with elaborate masks fastened over the heads.