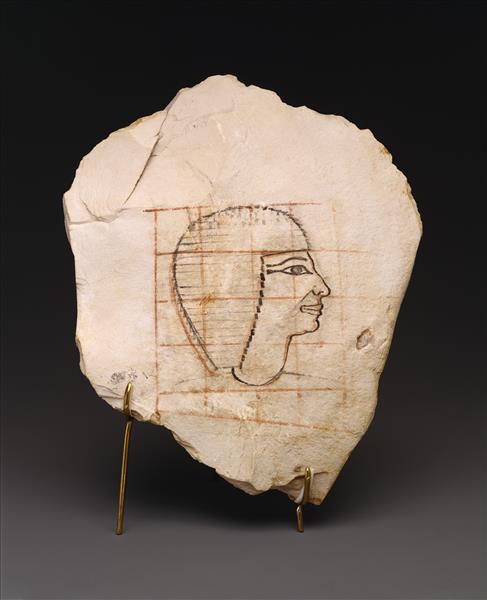 This gridded sketch of a man wearing a short wig undoubtedly depicts Senenmut, one of Hatshepsut's most valued officials. His appointment to a large number of important offices, such as steward of the god Amun at Karnak, enabled him to afford the excavation of an elaborate funerary complex consisting of an offering chapel and a tomb not far from Hatshepsut's temple at Deir el-Bahri in western Thebes. He also created a tomb for his mother, Hatnefer, and other family members on the hillside below.

This limestone chip, called an ostracon, was found in debris on the hillside just below Senenmut's offering chapel on Sheikh abd el-Qurna hill.

Excavated by the Egyptian Expedition of the Metropolitan Museum of Art, 1935–1936. Acquired by the Museum in the division of finds, 1936.