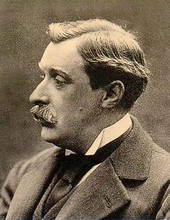 He is the author of many collections of whimsical writings. A poet as much as a humorist, he cultivated the verse form known as holorhyme, i.e. made up entirely of homophonous verses, where entire lines are pronounced the same. For example:

Allais wrote the earliest known example of a completely silent musical composition. His Funeral March for the Obsequies of a Great Deaf Man of 1897 consists of twenty-four blank measures. It predates similarly silent but intellectually serious works by John Cage and Erwin Schulhoff by many years. His prose piece "Story for Sara" was translated and illustrated by Edward Gorey.

Allais participated in humorous exhibitions, including those of the Salon des Arts Incohérents of 1883 and 1884, held at the Galerie Vivienne. At these, inspired by his friend Paul Bilhaud's 1882 exhibit of an entirely black painting entitled "Negroes fight in a tunnel" (which he later reproduced with a slightly different title), Allais exhibited arguably some of the earliest examples of monochrome painting: for instance his plain white sheet of Bristol paper Première communion de jeunes filles chlorotiques par un temps de neige (First Communion of Anemic Young Girls In The Snow) (1883), and a similar red work Apoplectic Cardinals Harvesting Tomatoes on the Shore of the Red Sea (Aurora Borealis Effect) (1884). Allais published his Album primo-avrilesque in 1897, a monograph with seven monochrome artworks, accompanied by the score of his silent funeral march. (Bilhaud was not the first to create an all-black artwork: for example, Robert Fludd published an image of "Darkness" in his 1617 book on the origin and structure of the cosmos; and Bertall published his black Vue de La Hogue (effet de nuit) in 1843.)

In the subsequent exhibitions of the Incoherent arts (also in the 1880s) the writer Alphonse Allais proposed other monochrome paintings, such as "Première communion de jeunes filles chlorotiques par un temps de neige" ("First communion of anaemic young girls in the snow", white), or "Récolte de la tomate par des cardinaux apoplectiques au bord de la Mer Rouge" ("Tomato harvesting by apoplectic cardinals on the shore of the Red Sea", red). However, this kind of activity bears more similarity to 20th century Dada, or Neo-Dada, and particularly the works of the Fluxus group of the 1960s, than to 20th century monochrome painting since Malevich.

While consuming absinthe at café tables, Allais wrote 1600 newspaper and magazine pieces, and co-founded the Club of the Hydropaths (those allergic to water).

He died in Paris.

A film based on his novel L'Affaire Blaireau appeared in 1958 as Neither Seen Nor Recognized . Earlier versions with the same title as the original novel appeared in 1923 and 1932.

Miles Kington, humorous writer and musician, translated some of Allais' pieces into idiomatic English as The World of Alphonse Allais (UK). In the United States, Doug Skinner has translated seven books by Allais, including Captain Cap and his only novel