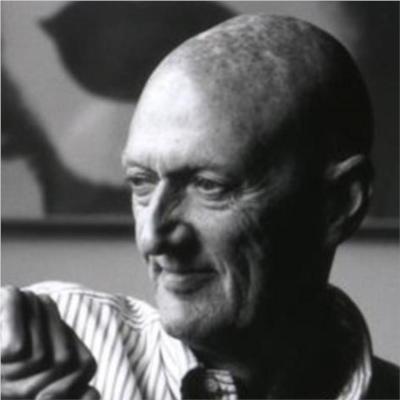 Allen Jones RA (born 1 September 1937) is a British pop artist best known for his paintings, sculptures, and lithography. He was awarded the Prix des Jeunes Artistes at the 1963 Paris Biennale. He is a Senior Academician at the Royal Academy of Arts.

Jones has taught at the Hochschule für bildende Künste Hamburg, the University of South Florida, the University of California, the Banff Center School of Fine Arts in Canada, and the Berlin University of the Arts. His works reside in a number of collections; including the Tate, the Museum Ludwig, the Warwick Arts Centre and the Hirshhorn Museum. His best known work Hatstand, Table and Chair, involving fibreglass "fetish" mannequins, debuted to protests in 1970.

Jones was born in the English city of Southampton on 1 September 1937. The son of a Welsh factory worker, he was raised in the west London district of Ealing, and in his youth attended Ealing County Grammar School for Boys. Jones had an interest in art from an early age. In 1955, he began studying painting and lithography at Hornsey College of Art in London, where he would graduate in 1959. At the time the teaching method at Hornsey was based on Paul Klee's Pedagogical Sketchbook from the 1930s. While a student at Hornsey, Jones travelled to Paris and the French region of Provence, and was particularly influenced by the art of Robert Delaunay. He also attended a Jackson Pollock show at the Whitechapel Gallery in 1958, and according to Jones, "for me it was outside any known frame of reference. The scale, the ambition, the freedom. I felt like suing my teachers for not telling me what was happening in the world." He afterwards travelled to see the Musie Fernand Léger in the French commune of Biot, and in 1959 he left Hornsey to begin attending the Royal College of Art.

As one of the first British pop artists, Jones produced increasingly unique paintings and prints in the late 1950s and early 1960s, and in particular enjoyed combining different visual languages to expose the historical constructions underlying them. According to Jones, about his early ambitions, "I wanted to kick over the traces of what was considered acceptable in art. I wanted to find a new language for representation... to get away from the idea that figurative art was romantic, that it wasn't tough." He was part of a unique generation of students at the Royal College, among which his fellow students were R. B. Kitaj, Peter Phillips, David Hockney, and Derek Boshier, but was expelled from the Royal College of Art in 1960, at the end of his first year. Explained by Mark Hudson in The Telegraph many years later, "horrified at the new developments brewing among their younger students, the college's academic old guard decided to make an example of someone. They chose Jones." Dismayed, Jones signed up for a teacher training course and returned to his studies at Hornsey College of Art in 1960, graduating the following year.