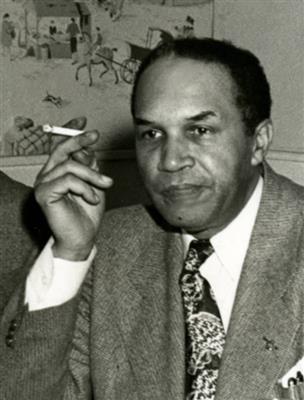 
Born in Philadelphia on September 2, 1895, to Douglas Freelon and Laura E. (Goodwin) Freelon, a "middle-class family of notable academic achievement", Freelon was the oldest of three children. On September 4, 1918, he married Marie J. Cuyjet, and they had one child, Allan Randall Freelon Jr. At some point Freelon and Cuyjet divorced; Freelon was married to Mary Kouzmanoff at the time of his death, August 6, 1960. He died while at his art studio in Telford, Pennsylvania. Architect Philip Freelon is his grandson.


Freelon attended the South Philadelphia High School for Boys, followed by a four-year scholarship (1912–1916) to the Pennsylvania Museum and School of Industrial Art, now the University of the Arts (Philadelphia), from which he graduated in 1916 with a diploma in normal art instruction (what would be called art education today). From there he attended the Philadelphia School of Pedagogy, an upper division of Central High School created to prepare men for teaching careers. Following a stint in the Army from 1917 to 1919, where he served as a second lieutenant, he attended the University of Pennsylvania and graduated in February 1924 with a BS in education. Further studies ensued at the Barnes Foundation (1927 through 1929), followed by private studies with Emile Gruppe, modernist Earl Horter (1881–1940), neo-Impressionist Hugh Breckenridge (1870–1937), and printmaker Dox Thrash (1892–1965), and the earning of an MFA in 1943 from Tyler School of Art of Temple University.


Freelon was one of seven African-American artists who participated in the exhibition Art Commentary on Lynching, organized by the NAACP in response to deaths such as that of Claude Neal. The exhibition was held February 15 to March 2, 1935, in New York. Freelon's work, Barbecue – American Style, portrays a naked man, tortured and in flames, encircled by the feet of spectators. He wrote:


Freelon was a member of Alpha Phi Alpha fraternity, Philadelphia Art Teachers Association, Philadelphia Art Week Association, Artists' Equity, Tra Club, Pyramid Club, Society of New Jersey Artists, North Shore Art Association of Gloucester, MA, American Federation of Arts, and was the first person of color elected to the Print Club of Philadelphia. He served as an editor of and contributor to the literary and art magazine, Black Opals.