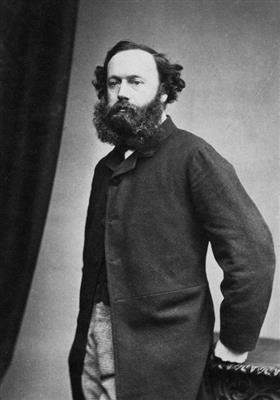 
Fripp was born in Bristol and studied at the Royal Academy of Arts. He held his first exhibition in 1842, his initial works featuring Irish and Welsh peasants in landscape settings. In 1844 he became an associate of the Old Watercolour Society, progressing to full membership in 1846, and ultimately becoming its secretary from 1870 onward.


Following the death of his first wife in 1850, he spent a decade in Italy, where he became friends with Frederick Leighton and Edward Poynter. On his return in 1859 he married Eliza Banister Roe and he continued to paint British subjects, with a particular interest in Dorset scenery around Lulworth. Many of Eliza's younger siblings were models for his paintings including "the FIsher Boy". He died, aged 72, in London.