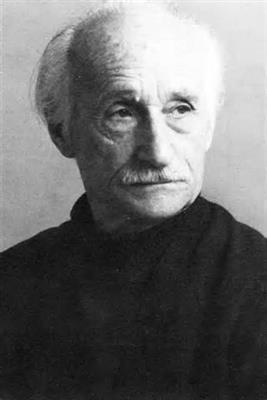 Alexander Bogen (Hebrew: אלכסנדר בוגן‎; born January 24, 1916 – October 20, 2010) was a Polish-Israeli visual artist, a decorated leader of partisans during World War II, a key player in 20th century Yiddish culture, and one of the trailblazers for art education and Artists' associations in the emerging state of Israel.


Alexander Bogen was born in Tartu, Estonia and brought up in Wilno. As a young boy he adhered to the values of the Yiddish culture of Yung Vilne, as well as to the modern Polish culture. After completing his studies at the gymnasium, he was accepted to the Stefan Batory art academy affiliated with the Wilno University, where he studied painting and sculpture. His parents were physicians. His father came from a secular family and his mother was the daughter of Rabbi Tuvia Lobitzki, the rabbi of Wołkowysk, Poland. His studies were interrupted by World War II. Bogen joined the partisans and became a commander of the Jewish partisan unit in the Narocz Forests. He buried many of the drawings he made at this time near Lake Narocz. He returned to the ghetto in September 1943 and helped to facilitate the rescue of members of the United Partisan Organization (FPO), a Jewish underground movement active in the ghetto and lead by poet Abba Kovner, Bogen's school friend.


When the Vilna Ghetto was about to be destroyed, Bogen and his partisans tried to rescue some key people, one of whom was Abraham Sutzkever. With the help of the soviet partisans, they managed to finally smuggle him into Moscow along with some of Bogen's drawings, which were eventually exhibited in Moscow


After the war Bogen returned to his studies, finished his academic degree and was mastered as an artist of monumental painting at the USB Academy of Art in Vilna. In 1947, he taught as a professor at The Academy of Fine Arts In Łódź and became a well-known artist, set designer and book illustrator.


Alongside his recognition as a Polish Artist and war hero, receiving several accolades and awards as well as a large retrospective exhibition (Łódź State Museum, 1950) - Bogen was also very active in the resuscitation of the cultural life of the Jewish Community in post war Poland.


In 1951, Bogen and his wife immigrated to Israel and settled in Tel Aviv.


During his time in Israel, Bogen continued his cultural and educational activities in the arts. In 1957 he initiated the art program in WIZO France - Ironi Yud-Dalet high school in Tel Aviv and lead it for 22 years. Bogen completed his academic studies of art at the Ecole des Beaux Arts in Paris and was an art lecturer in the Hebrew University in Jerusalem. Bogen continued painting, drawing and sculpting until his death at the age of 94 in Tel Aviv on October 20, 2010.


In July 2018, Mayor Ron Huldai, on behalf of the city of Tel Aviv, has inaugurated a Memorial plaque in Bogen's honor on the house where he lived and worked.

Bogen continued to draw during the war, documenting what he saw: