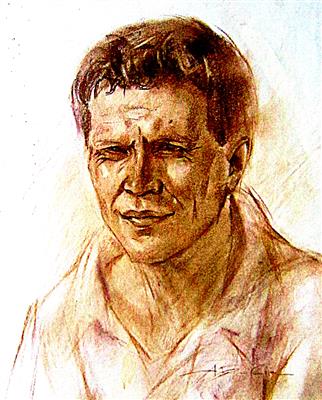 Born in 1959 in St. Petersburg, Russia.
Alexander Belyaev a follower of traditional Russian Academy school, working in the direction of classical realism.
Artist's passion with Western American-Indian Art was influenced by story of his great grand father, General of Russian Imperial Army Ivan Belyaev, who was forced to emigrate to Paraguay, where he distinguished himself in the Chaco War (1932–1935), the bloodiest Latin American battle of the 20th century. Ivan Belyaev became a friend of Indian tribes, indigenous peoples of Paraguay and after his death became a messianic deity for the Maká people.
Belyaev is adept at mastering realistic school of painting. His career as a portraitist is still growing. Artist constantly improving not only painting techniques, but also paying close attention to psychological state of mind in portraying of ordinary people of the American Wild West.