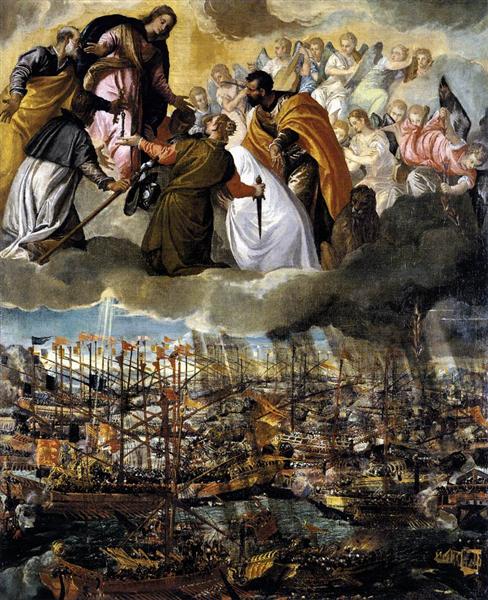 Mannerism is a style in European art that emerged in the later years of the Italian High Renaissance around 1520, lasting until about 1580 in Italy, when the Baroque style began to replace it. Northern Mannerism continued into the early 17th century.

Stylistically, Mannerism encompasses a variety of approaches influenced by, and reacting to, the harmonious ideals associated with artists such as Leonardo da Vinci, Raphael, and early Michelangelo. Where High Renaissance art emphasizes proportion, balance, and ideal beauty, Mannerism exaggerates such qualities, often resulting in compositions that are asymmetrical or unnaturally elegant. The style is notable for its intellectual sophistication as well as its artificial (as opposed to naturalistic) qualities. It favors compositional tension and instability rather than the balance and clarity of earlier Renaissance painting. Mannerism in literature and music is notable for its highly florid style and intellectual sophistication.

The definition of Mannerism and the phases within it continue to be a subject of debate among art historians. For example, some scholars have applied the label to certain early modern forms of literature (especially poetry) and music of the 16th and 17th centuries. The term is also used to refer to some late Gothic painters working in northern Europe from about 1500 to 1530, especially the Antwerp Mannerists—a group unrelated to the Italian movement. Mannerism also has been applied by analogy to the Silver Age of Latin literature.

The word mannerism derives from the Italian maniera, meaning "style" or "manner". Like the English word "style", maniera can either indicate a specific type of style (a beautiful style, an abrasive style) or indicate an absolute that needs no qualification (someone "has style"). In the second edition of his Lives of the Most Excellent Painters, Sculptors, and Architects (1568), Giorgio Vasari used maniera in three different contexts: to discuss an artist's manner or method of working; to describe a personal or group style, such as the term maniera greca to refer to the Byzantine style or simply to the maniera of Michelangelo; and to affirm a positive judgment of artistic quality. Vasari was also a Mannerist artist, and he described the period in which he worked as "la maniera moderna", or the "modern style". James V. Mirollo describes how "bella maniera" poets attempted to surpass in virtuosity the sonnets of Petrarch. This notion of "bella maniera" suggests that artists thus inspired looked to copying and bettering their predecessors, rather than confronting nature directly. In essence, "bella maniera" utilized the best from a number of source materials, synthesizing it into something new.

As a stylistic label, "Mannerism" is not easily defined. It was used by Swiss historian Jacob Burckhardt and popularized by German art historians in the early 20th century to categorize the seemingly uncategorizable art of the Italian 16th century — art that was no longer found to exhibit the harmonious and rational approaches associated with the High Renaissance. “High Renaissance” connoted a period distinguished by harmony, grandeur and the revival of classical antiquity. The term Mannerist was redefined in 1967 by John Shearman following the exhibition of Mannerist paintings organised by Fritz Grossmann at Manchester City Art Gallery in 1965. The label “Mannerism” was used during the 16th century to comment on social behaviour and to convey a refined virtuoso quality or to signify a certain technique. However, for later writers, such as the 17th-century Gian Pietro Bellori, "la maniera" was a derogatory term for the perceived decline of art after Raphael, especially in the 1530s and 1540s. From the late 19th century on, art historians have commonly used the term to describe art that follows Renaissance classicism and precedes the Baroque.